Do You Remember Magazines?


In the previous post we considered the activity of house cleaning and organizing as a way of tapping into old memories.   I prefer not to think of organizational house cleaning and de-cluttering as some tedious chore that is to be dreaded, but a fun activity that can sometimes seem like work though with beneficial rewards.  Digging up a treasure trove of memories is sometimes like finding the Lost Dutchman Mine.

Among the remnants of my past are the numerous magazines that I have stored here and there.  Gosh!  Do you remember magazines?  Oh sure I know that magazines are still around, but I don't think they have the same impact that they once did.  Now we go to the internet to keep up with anything we care to know.  Even if we do have a magazine subscription these days, we also often get access to the online version of the magazine that may include extra features such as videos.    However, the way I see it, magazines no longer have the magic that they once did.

The magazines that caught my attention earliest in life were Jack and Jill, Humpty Dumpty, and Children's Digest.  One or more subscriptions of these found their way into our home when my sister and I were kids and we read them faithfully.  As I outgrew these my curiosity turned toward the deeper publications such as Reader's Digest and National Geographic.  For me these were like scholarly journals that provided useful and interesting information and highly readable stories.

The two biggies in the photo magazines were Look and Life.   My family subscribed to Life in the years I lived at home.  I anxiously looked forward to each issue of Life magazine to get my fix of striking images combined with well written journalism and a healthy dose of pop culture.  After a while I began saving each copy of Life magazine until I had amassed such a collection that I had to become more discriminate in which issues I would hold onto.

As a Boy Scout I received a subscription to the official voice of the scouts, Boys' Life.  This is another magazine in which I would totally immerse myself.   I would read and reread each issue from cover to cover, paying particular attention to the jokes, the stories, and the regular columns on stamp collecting.  I sent away for many of the special stamp offers in order to build up my collection.

After I entered my teen years I started buying a lot of magazines from the cigar store on the square in Crown Point, Indiana.   I'm sure they sold cigars, but they also had an extensive selection of candy and magazines and I was a frequent customer for both.  My favorite magazines back then were related to model building and monsters.  I'd pick up nearly every copy of Famous Monsters and Mad Magazine.

When I outgrew those magazines I started turning to the music magazines, primarily Rolling Stone.  My sister had already been a fan of the music rags when the Beatles hit the scene.  To me they were not worth my precious money, but I often sneaked a peek when my sister brought them in the house.  When I became serious about pop music it then became worth my time and money to keep up with the magazines on the topic.

I'm sure I still have some of my old magazines somewhere around the house.  As much as a year ago I saw some of my old Life magazines still at my mother's house, but I think my sisters probably did some housecleaning and disposed of them.  I have more recent copies of National Geographic, Smithsonian, and other magazines stored away in my own house and for the most part they are untouched.  Over the past decade I haven't taken the time to read many magazines even though I've subscribed to many with the intent of reading them.

Those newer magazines are not part of my memory database.  There's nothing there for me to personally tangibly attach myself.   But a copy of Life, Famous Monsters, or even 70's vintage Rolling Stone might touch my mind to evoke memories of the time when I read that magazine.  Maybe those magazines could cue up the tape of the past to play an oldie but goody of that time.

Yes, I remember magazines of my younger days.  I remember them well.   They kept me in touch with the world that was far bigger than my little corner of it.   Magazines fueled my imagination and stimulated my creativity.   Too bad I didn't keep more of them, but somewhere along the line things must go.  Magazines were one of the things that did.

Have you kept any old magazines?   Did you read magazines when you were younger?  What magazines did you enjoy reading in years past?   Are there any magazines that you regularly read now?

House Cleaning to Dredge Up Memories


Not that I've been doing much house cleaning of late, but it's something that is high on my list of things I need to do.  And I'm talking declutterization, organization, and those types of things.   Going through life's accumulations can be like an archaeological dig.  Or a study of historical records.  A journey through the past.  Housecleaning can be functional as well as interesting and entertaining.

The many piles and caches I have strewn about my house and tucked away in remote places normally unseen by anyone who might step into my abode are not necessarily messy.   They're more like an organized chaos.  A visitor who might just happen to notice our home amassment would probably think it seemed organized, but the fact is that everything is merely piled neatly.

Whenever I do tackle one of these piles or areas, I typically start getting bogged down in reflection.  Memories start welling up as look through my possessions.  Sure, some of it is easily discarded, but other items become more difficult to decide upon.  Should I get rid of this or not?  That question pops up repeatedly and usually this will bring about a decision to postpone the decision.  It seems like whenever I do get rid of a questionable item like this, somewhere down the road I'll wish I had kept it.

Sometimes I think I should just open a museum.  Or maybe I should rent a small warehouse.  Organizing and documenting can be a huge undertaking, but for preserving memories properly it's a necessity.

Do you  have a lot of personal memorabilia?   How do you organize your accumulations?    Do you enjoy going through old stuff and dredging up memories? 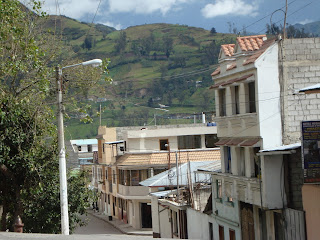 After my recent road trip adventure with my wife, over 7000 miles of driving in 10 days with another 13 days visiting family, I've realized that the road trip lifestyle of this magnitude is not particularly conducive to writing.  However, the sensory and informational data feed on this type of a trip can be amazing.  In some ways it can even be overwhelming.

I don't know if I could sustain this intense road tripping for long and blogging would certainly fall by the wayside if I were to do so.   I do love the road though and I can see myself living a more relaxed, more limited road trip lifestyle.   After all I did it for over a decade when I worked in show business.   I didn't get much writing done then, but I can't blame the traveling for that.  I just had other priorities.  If I were traveling like I did back then, regular writing would not be much of a problem.

During my traveling days our average daily drive time was rarely much more than 150 miles which is only 2 1/2 to 3 hours.  There's still time for sightseeing and doing work if work is what funds my traveling.  With my computer and WiFi I can do anything I do at home and have far more inspirations along the way to prompt my writing.

One day maybe--that's my dream.   To be able to travel and write and even work along the way.   Performing would be nice if that option were available to me.   Lecturing, conducting workshops, or some other similar endeavor sounds attractive.  The opportunities are out there.  Perhaps when my wife retires in a few years we can consider that option.

Road tripping is fun.   The life of a road writer lures me.  Then again, staying home is not bad either.  I guess I'm looking for the best of both worlds.

Do you write much when you are traveling?    Could you live on the road?    What is your ideal writing dream?