When I was a young kid, up to about eight years old, I had frequent contact with my grandparents, especially on my maternal side.  My family didn't live in the same town as my grandparents did, so visiting them or having them visit us was not usually a spur of the moment occurrence.  At various times we lived anywhere from two hundred to less than a hundred miles from them.   Weekend visits were fairly common.  I got to enjoy getting to know my grandparents and extended family fairly well during those first few years.  Still, these were visits and not part of my everyday life.

Then we moved across the country and didn't see them for the next five years.  When my family later moved to Northern Indiana and then East Tennessee, we were still a bit too far for much more than one or two visits per year.  I was fortunate to have had at least some extended contact with my grandparents, but it was nothing like those who live nearby to theirs.

With my own children it was a bit different.  They all had frequent visits with my parents as well as their mother's parents.  There were times when we actually stayed with my parents for extended periods or lived near to them.  Cheaper phone rates allowed my kids to have regular contact with the grandparents even when we were on the road or living at a distance.   My children were even closer to their grandparents than I was with mine.

Now my children are across the country from me and I only get to see my grandchildren maybe twice a year if I'm lucky.   We have the technological advantage of easy phone contact and visual computer chat.  It's not the same as spending time with them and being able to hold them and hug them.  Maybe eventually I'll be able to live closer to all of them.  I hope so.

Currently I'm in New Jersey with my girls and their girls.  The time has been going quickly.   I'm thankful that we've been able to have the time we have had.   These are special times that I hope one day will come more often.

If your children are grown, do you see them often?   What about grandchildren--if you have any, are you able to spend much time with them?   Did you enjoy a relationship with your own grandparents? 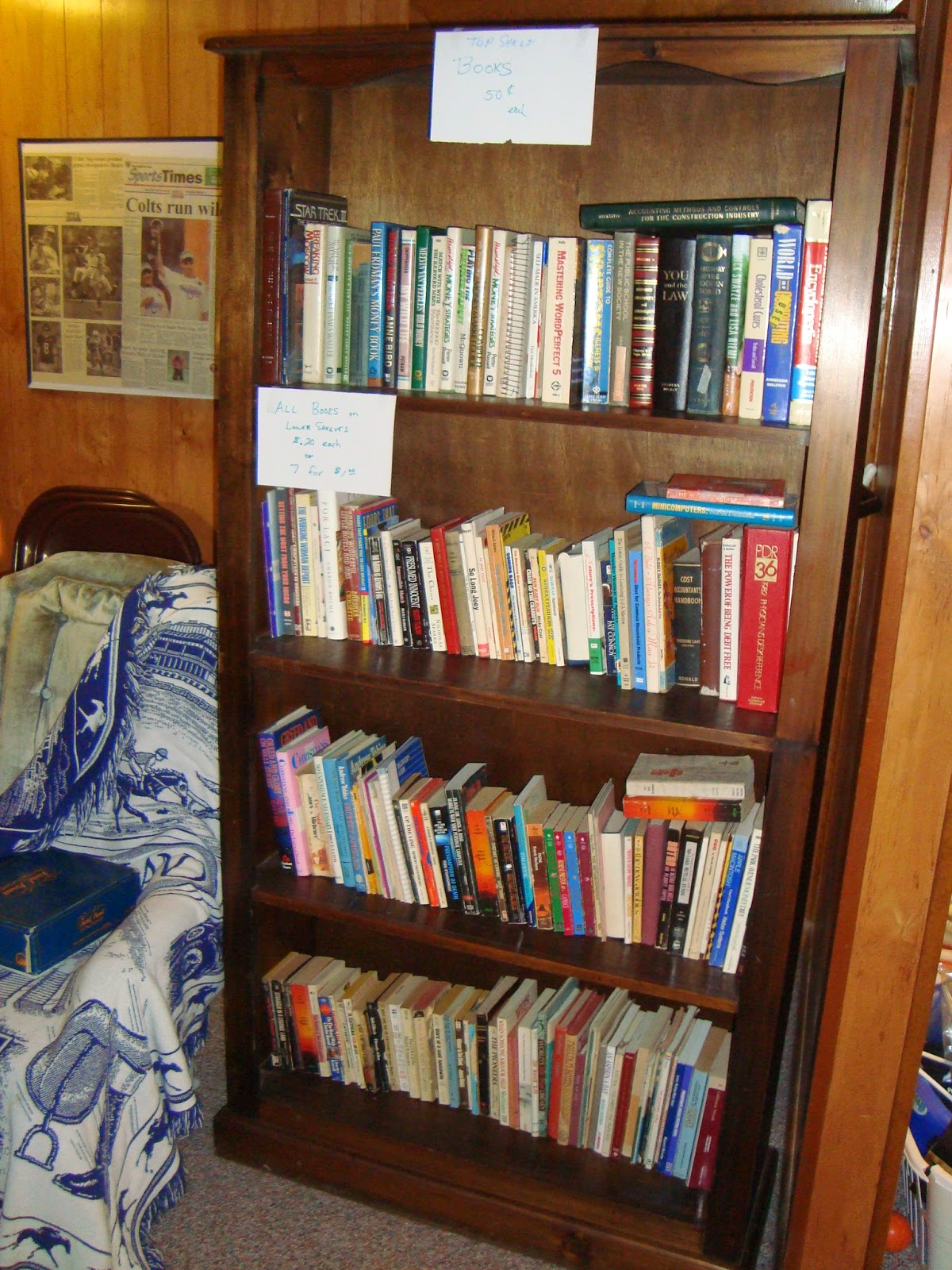 My sisters and I have been talking about having a yard sale while I'm in Tennessee.  It's something they had planned for back in May, but one thing and the next came about and the sale never happened.  They have most of the inventory assembled and waiting to be put out. There is a good bit of stuff.

Bottom line is that I've been crazy busy getting things ready for this yard sale today (July 12th).  Consequently I've not prepared a real post for today.   While I've been on vacation blogging has taken a back seat to family activities and other things.

Hopefully next week I'll have a report on the yard sale and some memories about yard sales in general.  See you then!

When I was a child the Fourth of July was a celebration of sparklers and bottle rockets.   I'm not sure that we ever went to see a professional fireworks display--not specifically on Fourth of July at least.   My father was not much on shelling out money for home fireworks.  To him it was like burning money, an economic tradition that I carried on into my adult life.  My mother on the other hand would always buy at least a few simple fireworks.

The Fourth was typically a stay at home time for us.  No picnics, no festivals, or anything like that.  Once our family juggled in a parade.  It was a hot ordeal walking while juggling for however far the parade route took us.  We did it because it was a paid gig and that made the experience worth it.   Otherwise I remember nothing about that parade.

After I started working on the road with shows I almost always went to Fourth of July festivities.  After all, we were away from home and since we never worked on the Fourth going to some event in whatever town we were in was better than staying cooped up in our motel room.  And I wanted to take my kids to do fun things.   We had some good times.

One of our more memorable Fourth of July activities was when I went to visit a cousin who was living on Bainbridge Island across the sound from Seattle, Washington.   We went out along the shore area where many folks were congregated for holiday festivities.  A friend of my cousin brought some snacks and a few bottles of locally made wine.   Once the skies darkened the shoreline became like a war zone with revelers setting off their own fireworks displays.

Across the sound the Seattle skyline was silhouetted against the darkened skies with tiny soundless flashes of fireworks glimmering like fireflies.  As Jupiter rockets and Roman candles zoomed perilously close to us we decided to pack up and leave.  After all we had small children and the alcohol infused crowd assembled at the shore was starting to lack good judgement.  We had our good time, but the hour was late and kids needed to be put safely in their beds.

This year's Fourth was a sedate affair with fireworks on television and lightening bugs quietly drifting on the balmy summer night.   It was a peaceful evening that was befitting of older folks gathered like my mother, sisters, and I.  There were a few verbal pyrotechnics, but mostly a settled atmosphere of family on the back patio in the Tennessee dark.  Not a particularly memorable Fourth like some in my past, but a passably good one for this time of my life.

How did you spend your Fourth of July?   Do you usually buy fireworks?    Is there a certain holiday that is particularly memorable to you?