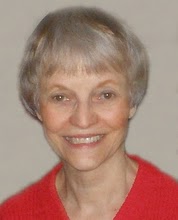 In this installment of Wrote By Rote I am honored to have memoirist Ann Carbine Best.  Many of you have read her current release In the Mirror: A Memoir of Shattered Secrets and have raved about it.  I have asked Ann to give her take on a few topics of memoir writing.
Are we ever too young or too old to write a memoir?
I definitely don’t think we’re ever too old. I was seventy-one when I wrote my first one. Harry Bernstein was ninety-six. To quote his obituary: “Harry Bernstein, whose painfully eloquent memoir about growing up Jewish and poor in a northern English mill town earned him belated literary fame on its publication in 2007, when he was 96, died on Friday in Brooklyn. He was 101.” Then he wrote two more after that one.
I’m glad I didn’t have to wait that long. Twenty-five more years! I don’t think I could do it.
The point, of course, is that age doesn’t matter. I think that what matters is the experiences you’ve had, and if you have the ability to write powerful prose.
The late great Southern writer Flannery O’Connor is quoted as saying, “Anybody who has survived his childhood has enough information about life to last him the rest of his days.”
But it takes time to accumulate experiences, and time to absorb them, and time to learn the craft of writing. I do believe that an unhappy childhood is a goldmine for a writer--or a childhood that was filled with colorful characters; with obstacles, emotional and/or physical; with a passion for life.
Writing about Difficult Topics.
Or about sensitive topics. I know one writer who is finishing up a memoir. I’m not sure how old she is, but I’m guessing in her forties or early fifties. She’s struggling with family members, some of whom don’t like what she’s writing. The late Frank McCourt got backlash from some people in Ireland where he grew up. So what are you going to reveal to the world?
One advantage of writing a memoir at a “later” age is that many of the principals are dead, as was my case. J I felt less constrained where they were concerned. But for the living, one has to be more cautious, and there were some names and details I had to change. And all of my children except my disabled daughter Jen didn’t want me to use their real names. As my youngest daughter (Megan in the memoir) said, “It’s spooky to read about yourself.” But I doubt she’ll ever read the book, even though she has been one of my best promoters, because the memories are painful. And that’s okay.
How Can a Memoir Writer do Research?
I’m currently ghost writing a memoir for a friend who has an extremely disabled son. Ghost writing presents some issues you don’t encounter when you write about your own life. My “research” involves constantly calling my friend. She lives in Los Angeles. I live on the opposite coast, in Virginia. Technology is amazing. If I had tried to write her memoir even twenty years ago, there would have been no email, and no unlimited long distance on my landline.
Hooray for the Internet. When I start writing “stories” of my childhood, it will be an awesome resource to jog my memory of the Forties and the Fifties when I grew up. About fourteen years ago, I also put together a detailed Life History of my parents, with pictures and text. My ancestors are Mormon, and Mormons are big on keeping photographs and journals. I have many stories, written in their own hand, by ancestors I’ve never seen. My mother had them all, and now I do, too; all valuable resources for the memoirist.
As with any genre we want to write in, we need to read, read, read as much as we can. For memoir I would say also read a lot of fiction because good memoirs utilize the tools of fiction. I’m especially partial to dialogue. It moves the story forward in a way that exposition doesn’t.
All my life and for a while in graduate school I wrote fiction. Then I turned to memoir, when I was forty-five. One of my favorite memoirs is This Boy’s Life by Tobias Wolff. He uses scenes and dialogue, and the occasional memoirist’s comments. I would often skim through his memoir when I was writing mine.
But exposition is powerful too, as in Barack Obama’s Dreams from My Father. The beginning of the memoir I’m ghost writing for my friend is filled with dialogue, but I think as it continues there will be more exposition. The material dictates the method.
If you want to write memoir, start recalling memories. Sometimes I lie in the quiet dark and meditate on my past. I see scenes as if I’m back there in the center of them. I’ve started a journal that focuses on these memories. I write the “entries” in scenes so that when I’m ready to write my childhood memoir, or stories based on my childhood--whichever I decide to do--I’ll have lots of material to choose from.
****
Thank you, Lee, for letting me be a guest on your new blog. I love memoirs, and was excited when my first one came together, thanks to a good small press, WiDo Publishing. I was very impressed with my blogger friend Karen Walker’s memoir, Following the Whispers, and I know other bloggers, three of them WordPress bloggers, who have finished or almost finished a memoir. Memoir is my favorite genre, next to murder mysteries, and I’ll spend my book money first on memoirs if I find one that sounds intriguing. A lot of great ones have been and are being published!
****
Chat with Ann at her blog: http://anncarbinebest.com.

Her memoir, In the Mirror: A Memoir of Shattered Secrets, can be found online at:
Amazon
Barnes & Noble
WiDo Publishing. (S&H for a printed copy is less here than at Amazon)