What Oscar Nominated Biopics can Teach You about Writing Memoirs

A big thanks to my dear friend Nicole Ayers, no stranger to my blog readers as she has filled in for me a number of times on nearly all of my blogs.  In this post she connects her specialty--movies--with writing memoir.

What Oscar Nominated Biopics can Teach You


Biopics and memoirs have one of the most powerful elements in common that makes a huge difference in how someone’s life is presented to other people – stories. From childhood to adulthood, we tend to migrate toward the telling of real-life accounts by everyday folk, unsung heroes and famous faces from all walks of life. They can be as thrilling as “Catch Me If You Can” starring Tom Hanks and Leonardo DiCaprio, as insightful as “Boys Don’t Cry” starring Hilary Swank and “Hotel Rwanda” starring Don Cheadle or as triumphant as “Lincoln” starring Daniel Day Lewis -- so long as these narratives place us into a world that we can either relate to or one in which we are eager to explore.

Any author who is seeking tips on how to structure his or her memoir can borrow a page from Hollywood’s playbook of biopics – the magic is in the delivery of a story, or two. As a writer, your job is to figure out what story you want to tell readers and then decide how it will play out on paper. While great memoirs span the author’s entire life – or at least a large portion of it – some of the most inspiring memoirs are centered on one particular aspect of his or her whole story. Many biopics that come out of tinsel town illustrate this bull’s eye approach very well and you can do the same thing with your memoir.

Write Your Life, In Point by Point Replays

Make a list of certain milestones or points in your life when something big happened that shaped the person that you have become. If you won a top honor, traveled the world while raising children geniuses, figured out how to co-parent long distance, or successfully switched careers during a mid-life crisis, etc. whatever it is, add it to the list. Include anything and everything that stands out, rather than placing sole emphasis on the gains or positive experiences.

Some of the events that played a major role in where you are today could be among difficult, painful, embarrassing, hopeless, sad or outright negative moments that you want to forget. Those memories, if any, however, can shed light on a larger matter that is bigger than your own personal experience or even inspire someone to take action towards creating a better world for future generations. Your trials and tribulations also have the ability to help another person realize that he or she is not alone in their challenging times – and can survive adversity – or at least find a way to deal with it. When your list is complete, pick one of these items to use as a point of reference and then build your memoir around it.

“Lincoln” directed by Steven Spielberg focused on one story and one story only -- the President’s efforts to end slavery while fighting a war. This movie wasn’t about anything else – not about Abraham Lincoln’s eating habits, his recreational activities, how he wore his clothes, and so on. “My Week with Marilyn” starring Michelle Williams is centered on filmmaker Colin Clark’s story about his experience babysitting and being a go-fer for a movie production starring iconic actress, Marilyn Monroe. It does not span Clark or Monroe’s entire careers nor does it delve into the screen siren’s red carpet appearances or thoroughly examine her personal life. Both “Lincoln” and “My Week with Marilyn” are biopics that tell a story about one particular event, memory or experience that stands out in the life of the main character(s).

Duke University graduate Ken Ilgunas’ memoir “Walden on Wheels” is a prime example of how a single experience in your life can be expanded upon to create one story that reads just as well, if not better, as a book containing several different stories. In “Walden on Wheels,” Ilgunas chronicles the two years he spent traveling and doing odd jobs to pay off his student loans, before living in a van on Duke University’s campus while pursuing a Master’s degree. Instead of taking readers on a ride through his birth to where he is today, the author tells us the story that takes place around how his frugal practices and bare-bones circumstances helped him tackle debt. 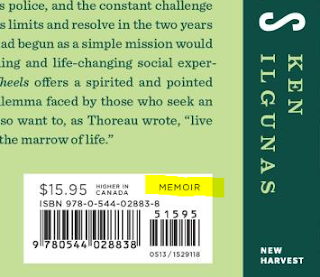 Write Your Life, In Chapters

We all have different “chapters” of our life that start and end; some that even begin again – identified with and filed away under all sorts of labels such as age, career growth, menopause, relationship status, marital status, parenthood and related stages that shape our whole story.  Wrap your memoir around several major events by creating a story for each chapter, or sub-chapter, in the book -- if the aforementioned one-story approach just won’t do justice to the legacy you want to have. Hollywood’s more standard biopics seem to have this method down to a science and we need not to look any further than films such as “Ray” starring Jamie Foxx, Kerry Washington and Regina King, to understand how it works. 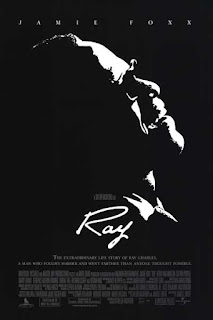 This biopic about musician Ray Charles shows his life experiences from childhood and on, all the way on up to the man that music fans around the world listened to on their radio. Scene by scene, audiences are shown stories about his battles with blindness, raising a family, drug addiction, juggling different women, signing record-breaking deals with music executives, touring in the segregated south, racism and friendship turmoil. Just as the notable and life-changing events in “Ray” show various aspects of this singer’s story, the chapters in your memoir can take readers through the many life experiences that you’ve had. 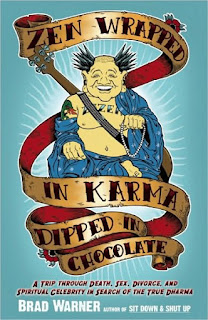 A single chapter could span the process of how you got from point A to point B, such as “When I got Cancer,” “The Day He Killed My Dog,” “The Fabulous Sister I Never Knew I Had” or “How I Gave Birth in a Gym Locker Room” before moving on to the next chapter of “When I Bought the Homeless Guy Coffee and Learned to Stop Being in a Hurry,” or something like that. In Brad Warner’s memoir “Zen Wrapped in Karma, Dipped in Chocolate,” he shares his experiences on traveling as a punk rock musician, Japanese movie studio representative and Zen monk who encounters a dwindling marriage – all in one book. The memoir, however, is one in a series of books that share stories about some of the wildest, unbelievable, shocking, confusing and funny events that you’d likely not ever see in a movie – at least, not an R-rated one.

Warner breaks his chapters down in easy-to-digest chapters that cover one story that is sometimes a direct result of the previous one and a prime lead-in to the one that follows. He even has a specific chapter about the time in which he had to hold his urine for 40 minutes or so before finally going to the bathroom. Although this chapter is not solely focused on needing to pee badly, he uses the experience to explain some of the protocols and insights about sitting meditation that readers might not have known before picking up the book. Let this be a tip that you can use small stories to support a larger story in your memoir – especially if the bigger one is difficult for readers to understand or involve concepts that they have yet to get a handle on.

What kind of stories would YOUR memoir share with its readers?

Nicole Ayers writes about mainstream and independent films at The Madlab Post. She is also a Co-Host of the #atozchallenge and the Post A-to-Z Road Trip. Find her @MadlabPost on Twitter.