Obituary for My Mother Lois Jackson 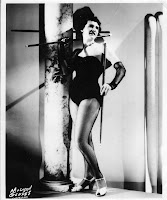 Lois Jackson, 85, died Friday morning November 21, 2014 after an extended illness.
She was preceded in death by her husband Robert Lee Jackson who passed in 1990 and her companion of 15 years George Lechelt who passed in 2012.
Lois leaves five children:  Robert Lee and his wife Betty with their children Dan, Ada (spouse Tom Zdanowicz), Diana (Jeff Bowen), Emilee, and Angelina; Joy and husband Jim Melchionda; Joni (whose late husand was Jack Katon) and daughter Jamie (Barry Habel) ; Jay and his wife Hallie with their daughter Cynthia (Sean Baxter);  and Jeff.   Six great-grandchildren include Marley, Hallie Jane, Lillee, Grace, Celeste, and Madisynn.
Born and raised in Morgantown, WV, Lois was the daughter of Paul and Lessie Trevillian.   She attended West Virginia University where she met Bob Jackson, her husband of 40 years.  They moved to Maryville in 1966.
Lois was a dancer whose specialty was acrobatic and tap.  After having met Bob who was a popular basketball player at WVU and a juggler, the two married and  put together an acclaimed juggling act that eventually included their five children.  They performed throughout the United States for four decades.
Ever the congenial hostess, Lois welcomed visitors into her home and was much beloved by her many friends as well as friends of her children.
Funeral arrangements are with McCammon-Ammons-Click.   Friends are welcome to join the family at a graveside service at Grandview Cemetery on Tuesday November 25, 2014.