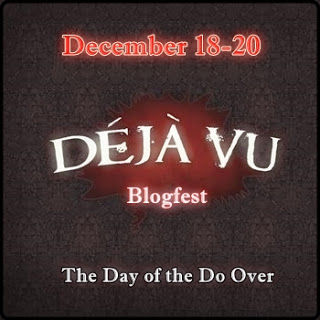 Once again D.L. Hammons is hosting the Deju Vu Blogfest.  This is the blogging event where participants are invited to share one of their lesser performing blog posts in order to give a wider audience one more chance to read what they may have missed.  My post comes from early February of 2015.  Weirdo addresses the topic of "Being Different".


To be called a weirdo is not something to which most of us aspire.  When I was a kid I didn't necessarily think of myself as a weirdo nor did I want to be thought of as one.  But I really didn't think that much about it either.   After all, I was just a kid and being weird is often synonymous with being a kid.  Kids are mostly in their own world of imagination and from the standpoint of an adult they might seem a bit la-la--you know--out there so to speak.   Adults expect silliness and naiveté from children. I delivered on a regular basis.

There were plenty of other kids whom I thought were a bit odd, but I didn't usually count myself in that category. Oh, there were those times when I reveled in doing weird things. But that's when I was on a mission of strangeness. Whether it was to annoy, shock, amuse, or for whatever other reason, when I was trying to be weird, I was happy if I fulfilled that mission which I had initially set out to do.

For the most part though I was a normal child. I made decent grades and the teachers always had good reports to send home about me. That's mostly been me even into adulthood. Employers liked me and I always got promotions. I've typically had good relationships with people--other than certain people who were really weird in kind of a bad way.

And yet I see myself as a bit on the weird side.   Not wacky weird or scary or like some kind of a pervert or anything like that.  My neighbors and people who I encounter in public probably rarely give me a second look because I appear to be so damn normal.  When I'm in Walmart no one would ever think to take a picture of me to post on the internet because I look so--well--normal.   That's me--Mr. Normal Average Guy.

It's some of my tastes I guess that put me out there some.  I like classical music, seventies rock, and jazz influenced pop music from the 20's and 30's.  My interest in films is eclectic though I have a strong interest in the films of Fellini, David Lynch, and old film noir.  I often read things that most people I know don't read.  Give me a thin crust pizza with onions, jalapenos, and anchovies and I'm in food heaven.

I'm not saying that I'm the only one in the world who likes the things I like, but often I feel in a distinct minority regarding my tastes.  Some people think I'm weird because of what I like.  Or they at least think I like odd things.  I know there are plenty of people who do like what I like but I rarely seem to encounter them.  My tastes don't bother me, but often I have no one with whom to share what I like.  I never have anyone to discuss Fellini movies with me.  When my pizza arrives you can bet that I'll likely be the only one eating it if I've ordered my favorite.

Being different is fine with me.   I've not only gotten used to it, but I'm a bit proud of it.  A lifetime of being a bit of a weirdo is something that one usually can adapt to.   After all, we're all just a bit daft in our own ways.  Aren't we?   Well, don't just stare at me like I'm weird or something.  Come on and admit it:  You're a bit of a weirdo too--in one way or another.

I think its kind of the human condition.

Do you think you're weird?   What do you think comprises "weirdness"?    Who are some weirdos that you have known?

For more Deja Vu fun visit D.L. Hammons for the list of participants.