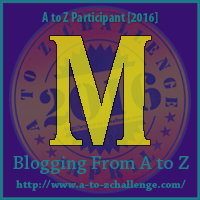 When I was a kid I hated my middle name.  My parents named me after my father who was named Robert Lee.   Since he went by Bob they decided that it might eliminate confusion to call me Lee.   I became used to it over the years, but there were times when I disliked the sound of Lee.

During my fifth grade year I decided to go by Robert.   I also let my hair grow out from the buzz cut that had been my hair style since early childhood.  I'm not sure why my parents kept my hair cut that way, but I hated it.  To me the hair cut looked really dorky.  My father never had his hair cut like that.  He had a traditional cut that was kept in place with Vaseline Hair Tonic.    After my hair grew long enough to comb I begged my mother to buy me Vitalis Hair Tonic which came as a colored liquid--blue I think it was--and it didn't seem oily like the Vaseline.  But my father used the Vaseline and they didn't want to spend money on something different so that's what I had to use.  Even so, I was glad about the new hair style.  Looking back at old photos the style did give me a greater air of maturity.

After the fifth grade name experiment I went back to using Lee for most of my life other than a period when I joined a magic show in 1975.   There was a Vietnamese young woman who was also named Lee so the people on the show called me by my last name, Jackson.  It wasn't like when coaches in my phys ed classes called me "Jackson"--I always hated that.  This sounded different--more distinctive and appropriate for the times.  Besides, Jackson Browne was popular at that time and that seemed pretty cool to me to be called Jackson.

Not long after I joined the magic show the Vietnamese couple left, but I was still called Jackson until a young lady joined the show and she began calling me Lee again.   She and I got married not long after we had met and I stayed Lee from then on out.  Even after we got divorced.

It's been Lee ever since.  I'm not bothered by the name like I once was.  It's just another part of who I am and who I have been.

Do you like your middle name?    Have you ever gone by a nickname?     What would you have chosen for a name had it been up to you?

Email ThisBlogThis!Share to TwitterShare to FacebookShare to Pinterest
Labels: #atozchallenge, 26 things about me, Blogging from A to Z April Challenge, haircuts, middle names