“Here I Am” - A Personal Documentary

Last year I was pleased to have a guest visit from Jane Shafron who is co-founder of the video biography service Your Story Here.   She has returned to tell us about one of her latest projects.

It's been one whole year since I was last honored with an invitation to write a guest blog for “Wrote By Rote” and things have been busy over here in video memoir land!

One project that kept me busy - and completely knocked my socks off - was recording the stories of twelve seniors all living in San Bernardino County here in Southern California. Little did I know just what a diverse and astonishing group they would turn out to be...

Take Gordon Ayers: Blind in one eye from a childhood accident, he never expected overseas duty - avenging Pearl Harbor. So he decided to get married. Eleven days later, and for the next 25 months, he was on board ship fighting island to island all the way to Okinawa. He laughs now at the improbability of it all.

Next up was Aiko Uyeno, who stepped up right after Gordon. Of Japanese extraction, she was born in Arlington, California and was a loyal American high school junior. She was rounded up by the FBI, along with her family, to be interred in barracks in the Arizona hinterlands for the duration of WWII.

These, and the other ten life stories unfolded in front of my whirring video camera as part of Chaffey College and the Wignall Museum's special exhibition “When I'm Sixty-Four”. Originally conceived as an oral history project involving Storycorps, I volunteered to video record the stories from locals 64 years and older who had expressed interest in participating.
Although the interviews were brief – around 30 minutes each - the result is a cornucopia of personal and cultural history, and a 20 minute personal documentary entitled “Here I Am – Extraordinary Lives in the Inland Empire” which premiered and played at the the exhibition. Chaffey College plans to use the material as part of their esteemed “Gerontology” degree program.

Not all the “When I'm Sixty-Four” stories I recorded were dark. One participant, Mary Martha Barkley, remembers learning to drive when she was just nine years old – and getting her license shortly after. “I was tall as a child,” she shrugs in the documentary.

Pat Yeates grew up poor in Pittsburgh. “It was like Cinderella Man”, she says. “You know, we were so cold we had to use our coats as blankets” Her ticket out was dance. And when Pat was just seventeen she won a place with the famous Ice Capades and went on tour all across North America.

And the stories keep coming: Arpad Sebok from Ontario defected from Soviet controlled Hungary by stealing a MIG17 and flying it to Belgium! The plane is now at the Smithsonian.

As a boy in his native Italy, Alta Loma resident Fred Roccatani dodged Allied bombs, only to be saved by the enemy – a German tank commander. And Donna Ambrogi from Claremont tells how she capped a life time of service by helping to usher in democracy in South Africa.

When I finished the editing, I presented each of the participants with a DVD of their entire interview as well as a copy of the short documentary with snippets of all their lives: “Here I Am – Extraordinary Lives in the Inland Empire”.

Video memoirs and personal documentaries are not for everyone. And you can't really replace the depth and detail that a written memoir can contain. But for me, memoirs are never really an “either/or” proposition. I am hoping that each of our participants will be motivated to record their whole life stories, in whatever form is most comfortable for them. Either way, these astonishing seniors from the Inland Empire will never be forgotten! 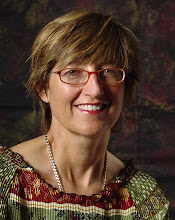 Jane Shafron is a video biographer who co-founded Your Story Here LLC Video Memoir, a video production company that specializes in preserving personal and family history. Based in Orange County CA, her award-winning films have been screened in festivals in the United States and Canada. Jane is on the Board of Directors of the Association of Personal Historians. She regularly writes to her blog Video Biography Centraland can be contacted on 949-742-2755 or through her website.