This is a special posting a day early from the normal Saturday schedule in order to be a part of the Blogging from A to Z April Challenge Theme Reveal.    For more about the A to Z Theme Reveal Blogfest see the links at the bottom of this post. 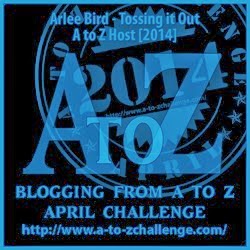 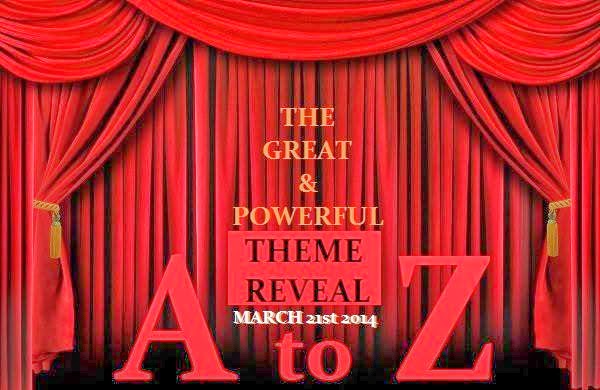 For those who might be unfamiliar with the Battle of the Bands blog event to which I refer--and I sure that includes the majority of those reading this--the twice monthly blog posting is a contest between two versions of the same song.  In each post I pit two or more different versions of one song against each other, then readers vote in the comments as to which version is their personal favorite and why.  The following week I reveal which song version won the vote and which is my own favorite.  On the appointed days I am joined by four or more other bloggers who post their own battles at their sites.  It's fun if you enjoy music and comparing cover versions of songs to each other.  If that's something that sounds like something you'd enjoy I hope you will join me on Tossing It Out each month on the 1st and 15th.

Since Wrote By Rote is a blog devoted to memoir, my recent music posts have been about the songs that I've chosen as my Battle of the Bands selections and some of memories these songs have evoked.   For most people, music has a power to take us back to the times we associate with that music.  Music taps us into past memories of people, places, and events.   In each of  my April posts I will present a song which my visitors can listen to if they wish and I will accompany each song pick with a short vignette that expresses the thoughts, feelings, or memories that particular song draws from within me.

Some of the songs you may know while others might be new discoveries for you.  Most of them will be songs that I consider to be beautiful, wistful, and even sad.  Some will be light and even somewhat funny.  They will all be songs that are meaningful to my personal history.  They might even become favorites of yours if they aren't already.

Please join me here at Wrote By Rote in April for a musical journey as I explore Musical Memories from A to Z.

Does music play an important role in your life?   Do you often feel stirred when you hear songs from certain parts of your past?    Have you ever used a song or piece of music as a writing prompt?

To see what other A to Z bloggers are doing during the April Challenge visit the Blogging from A to Z Theme Reveal Blogfest for the list.

Email ThisBlogThis!Share to TwitterShare to FacebookShare to Pinterest
Labels: Battle of Bands, Blogging from A to Z April Challenge, memories influenced by music., Tossing It Out, Wrote By Rote