I'm So Lonesome I Could Cry (Soundtrack of my Life) 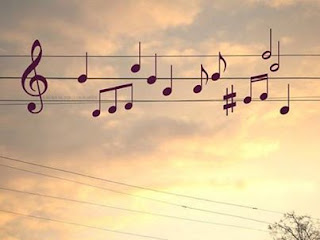 If life were a theatrical film, there would likely be a soundtrack with meaningful songs played during key scenes.   Do certain songs evoke special moments or eras in your past? This is what I've been doing with my "Soundtrack of My Life" series of posts: Looking back and putting my life to music.


Robin has been doing the Soundtrack of my Life posts on her blog Your Daily Dose. I had done a few of my own "life soundtracks" on my Tossing It Out blog as well as the song series (starting at this post) I did for my 2014 Blogging from A to Z April Challenge on Wrote By Rote. Be sure to visit and follow Your Daily Dose for more Life Soundtrack info.

One of the biggest summers of music for me was 1966.  My family was staying in Maryville, Tennessee while my father was working at a new project location for the industrial contracting company he'd been working at for a number of years.  It seemed like a vacation for me and my brothers and sisters since we were staying in our 17 foot travel trailer at a mobile home park that had a number of spaces set aside for vacationers to the Great Smokey Mountains.

While my father worked during the day, my mother took us kids on a number of sightseeing excursions throughout the area.  As one of the primary vacationing spots in the United States, there was plenty to see around the area where we were staying.  There was always plenty to do away from that trailer park, but I also found plenty to do on those lazy summer days when we just stayed "home" which is how I thought of that trailer since we were living there for a couple months.

Having just finished middle school in Northern Indiana where we had been living, I was interested in many of the same things that others my age enjoyed--one of the main things being the pop music scene.  For the previous three years I had developed a keen interest in the chart hit artists such as The Beatles, The Beach Boys, Herb Alpert and the Tijuana Brass, and so many others.  Music had become a primary focus for me.  Soon after arriving at that Tennessee trailer park I discovered the local top forty station WNOX.  That radio station became the soundtrack for my summer of 1966.

There are so many hits that stand out for me from that magical summer.  With the radio playing almost continually throughout the day, those songs became cemented in my mind.  My little transistor radio--the first I'd ever owned--became like an attachment implanted as a part of me.   Daily the radio was always playing those hits that were cycled throughout the day in regular rotation.

One of the stand out songs that I remember hearing was B.J. Thomas's version of the great Hank Williams classic "I'm So Lonesome I Could Cry".  Thomas was new to the top forty scene and this song was his first big hit nationally.  Judging by the frequency I heard the song on the Knoxville station I'd call it a monster hit in East Tennessee.   To me the song was a new one.  If I'd ever heard the original prior to hearing the Thomas cover, it didn't resonate with me.  I was no fan of country music at the time--or at least I didn't think I was even though I had bought or enjoyed records by artists like Johnny Cash, the Statler Brothers, Buck Owens, and others.   Country was something I ridiculed unless a song of that genre happened to cross over onto the top forty charts and in those cases I figured the songs weren't country.

The mournful sound of B.J. Thomas singing "I'm So Lonesome..." perked my ears whenever it came on the radio.  The words could actually be easily understood unlike some of the songs that were played.  They were lovely poetic words that tapped into a melancholy place within me.  It would be a down time of contemplation for a few minutes sandwiched between the more frantic hits of the daily playlist.

With seven of us crammed into the small space of a travel trailer there wasn't much of a chance of being alone--at least not for long.  Neither was I lonely during that summer.  Not only did I have my family, I made some good friends who became an integral part of my years to come.   In fact as I reflect over my life I cannot recall feeling lonesome for any extended period of time.  Though I might have had periods when I felt somewhat alienated, aloof, or in a situation where being with others wasn't easy for me at some particular moment, deep rooted loneliness has been something I haven't felt too strongly in all of my years.

Loss has haunted me on occasion, such as the periods when my marriages fell apart and I felt the pain of longing for a relationship that previously filled my life.   Sometimes desire might have filled me with a sense of desperation of wanting another person to share my life with, but that was a feeling that mostly impacted me in the years prior to my first marriage.  They were the times when doubts about my life and the insecurities of not being in a relationship filled me with some sense of emotional fear.  But I didn't have a problem about being alone.

Lonesomeness as an ongoing state of mind has not especially been a concern of mine.  I've always enjoyed having time alone.  My pursuits such as stamp collecting, music, and reading are primarily activities that thrive best in solitude.  Even now, while I enjoy the company of my family and friends, I have to have times when I can be alone.

I certainly get what Hank Williams was saying in his mournful song.  For a brief span of time I feel the pain and pathos expressed in the song while I'm listening to it.  Memories might linger for a little while in my mind as I fall into a reflective state of mind thinking about my life and my world.  Crying about being lonesome seems almost alien to me now.

When have you felt so lonesome that you could cry?   Do you enjoy being alone?   Have you been in close situations when you had to spend a lot of time with other people?