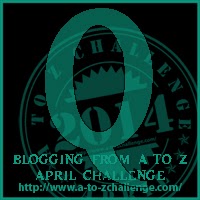 The early 70's was a good time for me.  For the most part.   I was in college during those years and working during the summer to pay for that schooling.  I still lived at home with my parents, but I had plenty of freedom.  They didn't question what I was doing and I stayed out of trouble even though there was plenty of trouble I could have gotten into. It was an idyllic time when I didn't seem to be going much of anywhere.

Life was laid back.   I was living the blues while the blues played in my life soundtrack.  Southern white boy blues.  The Allman Brothers were everywhere.  Sometimes it seemed that with my friends life was all about the Allman Brothers' music.   I liked the music, but there was other music I liked better.  Still the Allmans were always around--almost like they shared a bedroom in my parents house or hung around with me and my friends wherever we would go.

The one big hole in my heart was not having a steady girlfriend.  For a while I started dating one of my friend's sister-in-law.  She was near graduation from high school when we started dating.  We had virtually nothing in common except for a longing for a relationship.   That situation was a boost to me for a while, but I could see that it was going nowhere.  We stopped dating and that was that for a while.

Crazy days came and went, mingling with doubts and loneliness that often hung over me.  Many of my friends were like that as well.  Our social circle was like a support group for lonely young guys. At least we had each other.   As the weeks and months passed, friends would drift out of our group as they found girlfriends, got married, had families.  Those of us who were left would hang out and get high, go camping in the mountains on weekends, and do the kinds of things that unattached guys do.

We were all looking though.  Always looking.  We wanted to find the special lady that would round out our lives.   We wanted the Queen of our hearts, our lives.  The mother of our children.  The partner who would journey with us into some distant unknown future.

Some found their queens and are still married to them.   A few got divorced.  A couple were widowed.  A number of those old friends have passed on.  Now I'm far away from Tennessee.  And I've got my Queen of Hearts.

Did you ache for a partner in your teens and twenties?   Did you hang out with friends who also were looking for partners?    Are you still close to many of your high school and college friends?

Email ThisBlogThis!Share to TwitterShare to FacebookShare to Pinterest
Labels: #atozchallenge, Blogging from A to Z April Challenge, Gregg Allman, loneliness, Queen of Hearts